I’m pretty pleased with the facial expressions in this one. Malutki especially seems to both rueful and thinking in panel three — like, both dealing with Masha’s lashing and trying to understand what he’s supposed to be doing.

When I was drafting this comic I was thinking about how Masha’s design seems slightly different in each comic she appears in. Here’s a comparison of her design in her first comic and this last one: 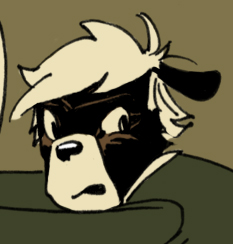 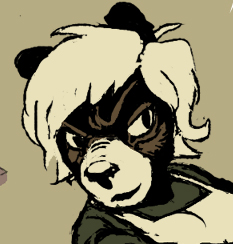 There’s no fundamental change. But overall, I feel that she’s gotten more appealing. Or rather, I’ve gotten more successful at drawing her in an appealing way. Her hair has gotten fluffier. In both versions here, you can see my attempts to keep her bear nose more petite and feminine. In the first, my solution was to shorten her muzzle, which made it more pug-like. I think in this last one, I’ve realized her femininity is more about her attitudes and gestures.